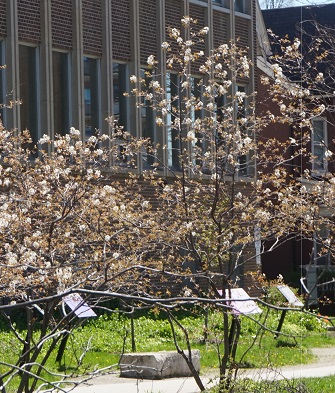 Bodemann has held visiting professorships at the Free University and Humboldt University, both in Berlin and Potsdam University. In Israel, he taught at Tel Aviv University, University of Haifa and Hebrew University. He received his Ph.D. from Brandeis University with a dissertation on rural social structure and politics in central Sardinia. Later, his research interest moved to questions of German-Jewish relations and memory of the Shoah. His major publications in this regard include his Jews, Germans, Memory. Reconstructions of Jewish Life in Germany, Univ. of Michigan Press, (editor), and two volumes in German, Gedächtnistheater. Die jüdische Gemeinschaft und ihre deutsche Erfindung Rotbuch Verlag, Hamburg (Theatre of Memory. The Jewish Community and its German Invention) which was listed on the German book critics list of ten best non-fiction books; his In den Wogen der Erinnerung. Jüdische Existenz in Deutschland (In the sea of memory. Jewish existence in Germany) appeared with DTV in Munich in 2002.

His book, A Jewish Family in Germany Today. An Intimate Portrait, a monograph on an extended Jewish family living in Germany today appeared 2005 with Duke University Press. With Gökce Yurdakul, he has edited two volumes: Migration, Citizenship, Ethnos. Incorporation Regimes in Europe and North America,Palgrave Macmillan (March 2006); and Citizenship and Immigrant Incorporation: Comparative Perspectives on North America and Western Europe (with Palgrave Macmillan, (October 2007). His recent work on Russian Jewry in Germany and on Jewish-Turkish relations has appeared in his new edited volume, also with Palgrave (June 2008), entitled, The New German Jewry and the European Context. The Return of the European Jewish Diaspora. His most recent book, an anthology of essays on Jewish life in Germany is entitled, Juden in Deutschland – Deutschland in den Juden. Neue Perspektiven (Wallstein Verlag, 2010, with Micha Brumlik)